Situation:
The Union Investment group is one of the largest German asset managers for private and institutional investors. Union Investment employs around 2,500 people at various locations and is a very attractive employer in the financial industry. Regular awards by external, independent juries document the excellent development and career perspectives as well as a modern staff management. This is shown in the recruiting process with a close support of candidates and quick processing of the ca. 6,000 – 10,000 yearly applications.Task:
The previous applicant management system reached its limits regarding its functionality and processes, necessitating an applicant management system with efficient personnel management support, enabling a higher grade of automation and process optimisation. Other goals of the project were improving service quality and satisfaction of everyone involved in the processes, as well as increasing the employer attractiveness by way of a modern applicant management system. It was also important to connect the recruiting system to the internal SAP system as well as to external employment websites.Solution:
Since 2008, Union Investment has been using the BeeSite Recruiting Edition, since 2014 in the now third generation and since 2015 also with a mobile job fair. The software is used for online recruiting and the entire management of applications, including CV parsing (automated parsing of CVs) at the back office of the application. The applicant management system is designed in such a way that applicants can apply either with or without registering online.

The BeeSite Recruiting Edition is embedded into the SAP system environment, enabling a highly integrated management of applications via import and export interfaces. 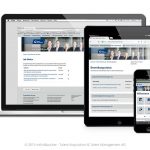 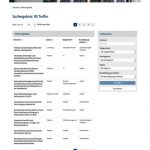 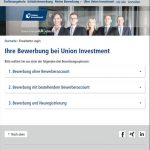 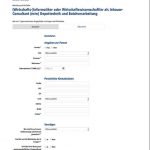 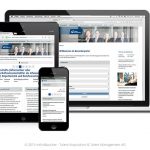