milch & zucker? Who came up with the idea? 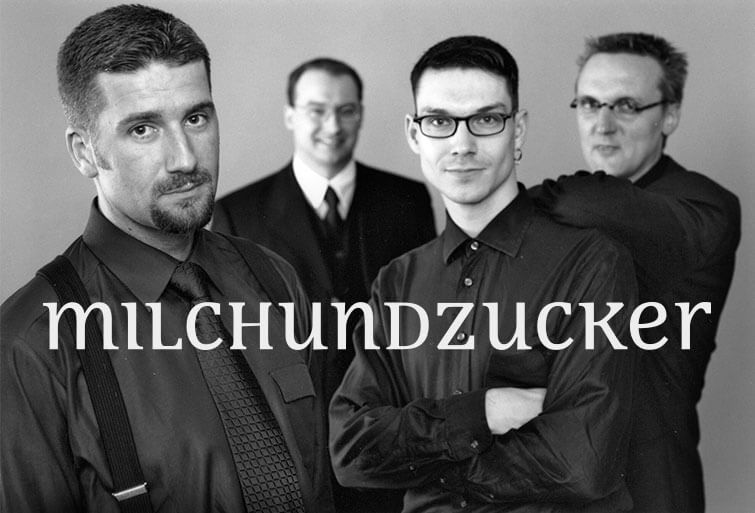 If you look in the official online company register, you can see entries for a variety of companies with a direct link to foodstuffs. There are all kinds of fruit and veg listed, as well as some exotic culinary preparations. Indeed, most of these companies also have something to do with the gastronomy or food sectors. But not milch & zucker (meaning milk and sugar in German). We’re not an international sugar importer or dairy business – instead, we offer applicant management software, personnel marketing and employer branding. Valid question: Why was this name chosen 20 years ago?Software and graphic design, physics and marketing, function and appearance. Worlds came together when the four founders of milch & zucker – Carsten Franke, Kai Pawlik, Ingolf Teetz and Michael Palmen – came to the decision: We are going to come up with something of our own. This “something” was an agency based on classic and (at the time) new media – so, basically, everything to do with communication, advertising and the Internet. In light of this, it required a new and innovative name to express the various views and approaches of the time. A short run-through.The company name would almost sound fishy these days. Yes, you read that right: Fish. Or, more specifically: Bluefin – was one of the first ideas thrown around before milch & zucker was decided upon. This was largely based on Blue Chip, a term for particularly reputable companies. If you wanted to fish for one of these companies, you would come across the fin in the name and a fish in the logo. Also in the running was Westsite Network. Westsite sounds similar to website and Westside, a famous area in L.A.. This is how they wanted to be perceived: a bit different, perhaps a little outrageous; certainly not good as gold and not at all vanilla. A lot closer to the winner were 2in1 or 4punkt1. Another classic among the potential company names was: ftp2, which included the surnames of the founders Franke, Teetz, Palmen and Pawlik.

Thankfully, they decided to go with the first line of thought, namely to make a virtue out of necessity and express the fact that they joined forces and came together to create a constellation that was different and new. Not exactly, but metaphorically. Above all, however, both complementary elements had to come together to create something that made sense. Just like milk and sugar. Classic media and new media in the figurative sense.The milch & zucker brainwave struck the founders in quite a cliché way at the end of a long night of brainstorming with pizza and beer. This combination simply sounded right. It sounded like an agency and had a feeling of diversity yet also connectedness. So, they slept on it, albeit it not for long, and the next day, the other alternatives were no longer in the running. There were some concerns, such as: Will we be taken seriously with this name? Or are people going to laugh at us? Despite these concerns, the decision was made. And the right one at that! 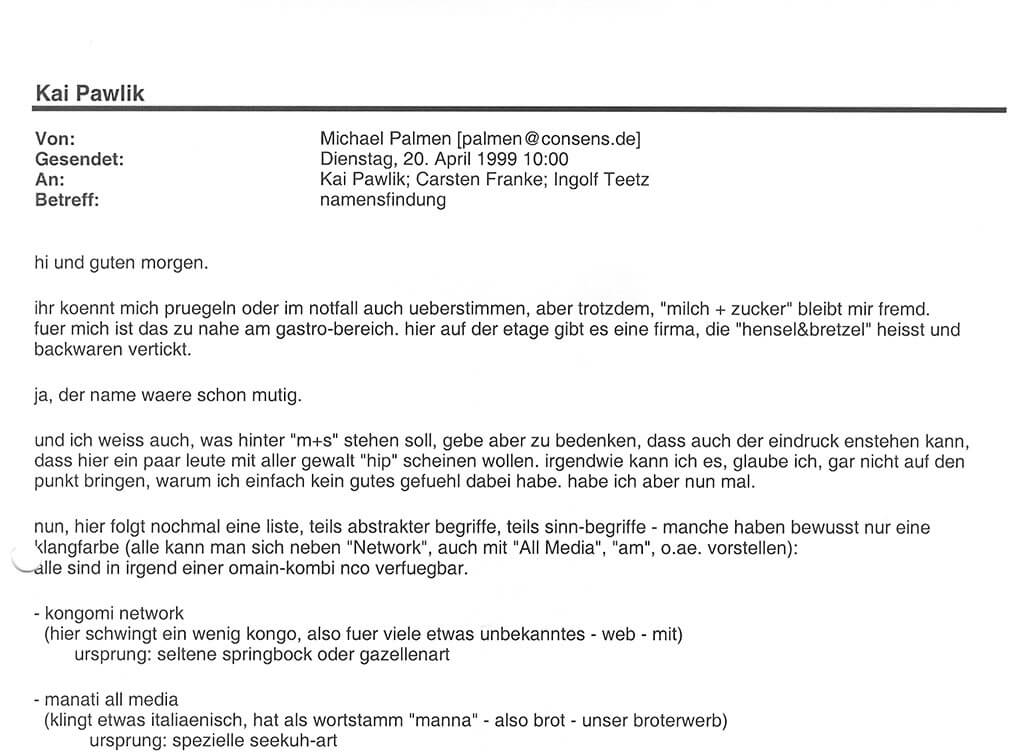 In the first few months following its foundation, milch & zucker was everything at once – it organised the marketing of electronic banking products, construction and the marketing of travel fairs through to websites and web specials.
However, the founders were unhappy with the idea of leading an agency which was a jack of all trades, but a master of one. They much preferred to specialise and, when they won the first Stauffenbiel Award for the careers website of Deutsche Bank, another decision was made: Milk and sugar needed something else, something that made each of these elements make sense together. Just like how coffee links these two together so perfectly. The coffee would be human resources. This is where marketing and software for finding, recruiting and keeping employees is fundamentally important. And thus, milch & zucker AG was born!milch & zucker is a software manufacturer, agency, SaaS provider and strategy consultant in one. It has created Candidate Journeys, reinvigorated employer brands and digitalised processes to find and retain employees. milch & zucker matches its clients with the right talent and makes sure that it keeps doing so – even after 20 years. It’s made up of developers, communicators and advisers with conviction. But also unconventional forward and lateral thinkers.

By the way: On the list of ideas, there was also the suggestion “Take Net”. The thinking behind this name has sadly been forgotten. And which of the founders should have been Take That singer Robbie Williams will remain a mystery. In any case, we will always say our name loud and proud – milch & zucker. 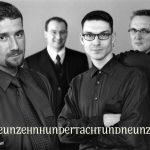 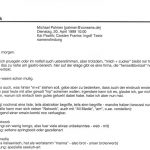